DNS Leaks? Here’s What You Need To Know

Domain Name System(acronym: DNS) is the backbone of web surfing. So what is DNS Leak?

Let’s first walk through what the job of DNS is. The basic working principle of DNS is that it resolves unique domain names like “facebook.com” into their respective IP addresses with the help of a DNS server.

Now, back to the first question.

What is a DNS leak?

On connecting through a Virtual Private Network, all the online traffic should be passed through the VPN Network. When a query is made, that is, someone wants to access a certain domain name, it is traversed through an encrypted tunnel to the DNS servers of the VPN providers.

A DNS leak is a security breach that passes on the queries to the user’s Internet Service Provider(ISP). DNS leak is the collective procedure of filtering and monitoring DNS servers concerning the ISP stratum by inspecting the public DNS servers you use to resolve internet hostnames into IP addresses.

DNS leak is an issue between a device and its DNS resolvers that affect the user’s privacy because all the information and queries are transferred through an unencrypted or, in other words, a less secure DNS request over the VPN.

When the queries and other such parts of your online traffic are passed through an unencrypted pathway and get breached, then not only the user’s privacy is hindered, but any foreign or third party may easily have access to the queries and intercept it. As a result, a user’s ISP provider and DNS server know what websites are accessed and what services are used by the user’s device.

If a service doesn’t redirect all your traffic on the internet, then it is not secure. There is no way to know whether there has been a DNS leak without conducting a DNA Leak test. Many online platforms provide DNS leak tests. Basically, it is a VPN security test that checks whether there is any leak and a third party is accessing your online activities.

This is an age of online neutrality and internet security. Users shouldn’t have to worry about their privacy while surfing through the internet.

However, such breaches occur more often than not. There are many ways to prevent them, and there is a solution to every problem it gives rise to, which you will get to read a little later in this article.

Nowadays, to overcome the problems of DNS leaks, many service providers on the internet have launched their public DNS Servers like 1.1.1.1 public DNS servers by Cloudflare. Public DNS servers are comparatively more secure and are known to be able to dodge DNS leaks.

What causes a DNS Leak?

There are many reasons for what phenomenon(s) leads to a DNS like and breaches a user’s activity security on the internet. These are-

These causes either collectively or individually end up in the interception of online information by third parties on the network, owing to a DNS Leak.

How do DNS Leaks Happen?

As we know, a DNS leak is the information regarding a user’s online activities getting exposed to a third party who can eventually see your browser activities and breach the security of the user’s browser and device.

So, we know what DNS Leak is. But how does it work?

Let’s see a schematic diagram that pretty much explains what happens during a DNS Leak when a VPN provider is in question.

VPN is essentially software that conceals a user’s IP address and provides a new and arbitrary IP address to ensure the system’s security. This random IP address changes constantly, so even if a third party is trying to track a particular user’s online activities, they won’t be successful.

If a user is using their ISP’s DNS servers instead of a DNS server or a VPN, the DNS server maintains a record that contains all the queries made by the user. It enables the user’s internet browser, or anyone trying to intercept and monitor their online activities illegally, to easily gain access to the records by tracking the IP Address via the communication between the user’s ISP and DNS server.

More often than not, there arises a case when the VPN provider is unable to hide the IP address and encrypt all the system’s information. As a result, they accidentally reveal a user’s original IP address and anyone trying to intercept the unencrypted queries and traffic between the browser used by the user and the respective DNS server. It inevitably leads to a DNS leak.

The most common type of problem concerning DNS leaks is the connection of the internet through several networks.

Taking an example, a person who shifts networks between public hotspots and a home router. It requires the connection of the device to the local network.

If proper settings aren’t taken into concern, there are high chances of data leaks.

Connecting to any new network assigns the DHCP settings to appoint a DNS server which deals with the user’s lookup requests. It could either be a concern by the ISP or one which is not appropriately secured and protected.

Now even connecting this to the VPN on the network, there are most probable chances that the DNS request will escape the encrypted tunnel and cause the unwanted DNS leak.

The most suitable and easy solution to the problem would be to use an independent DNS server, for example, OpenDNS or Google Public DNS.

These DNS servers are designed to allow DNS pleas to go through the VPN rather than directly going from the user’s machine.

There are still conditions to be fulfilled; that is, it is highly dependent on the particular VPN provider, the protocol being used, and how changing the configuration affects the same.

It is, therefore, necessary to check the assistance of the VPN client for particular instructions.

IPV6 is nothing but a combination of 8 sets of 4 characters, consisting of letters or numbers.

The transition phase of the internet from IPV4 To IPV6 is building many problems, specifically for VPNs.

Any request from the client’s machine asking for the conversion of IPV4 To IPV6 is brought using a dual-stack tunnel.

This conversion bypasses the VPN tunnel, leaving behind the personal data unsecured and unprotected.

VPN providers having full support for IPV6 traffic by default do not face any problems.

But the ones having no such support should make sure that they have made proper provisions for IPV6.

It is advisable to choose the one that has full support for the protocol.

You should keep this in mind before using a commercial VPN.

Teredo is an inbuilt feature of the Windows Operating System.

It is a technology to improve and enhance the compatibility between the IPV4 and IPV6.

It is the technology that permits the coexistence of IPV4 and IPV6 without any issues or problems. It enables the V4 addresses to be understood, sent, and received on V4 connections.

However, this could be termed as a glowing security hole for VPN users.

Being a tunneling protocol, Teredo often takes over the VPN’s encrypted tunnel, escaping it and therefore causing unwanted DNS leaks.

The solution to this problem is as simple as ABC.

Teredo, fortunately, can simply be disabled from within Windows.

One needs to open the command prompt and write:

A few problems may arise due to this, but it is always a better option to face such silly problems than risk DNS leaks.

How can DNS leaks be prevented?

Prevention is always better than cure. A few prevention remedies are:

Changing the settings to a delegated, trusted, autonomous DNS server:

A user’s network adapter or router has the option to change their TCP or IP settings, where particular trusted and secured DNS servers can be specified by their IP addresses.

Blocking the non-VPN traffic with the help of a firewall or the VPN: The ‘IP Binding’ option automatically blocks any traffic not moving through the VPN.

Usage of VPN ‘monitoring’ software: It might add extra expense but is worth it as it allows an easy glance of a DNS check.

How Can LimeVPN combat the danger of DNS leaks?

LimeVPN is the best VPN with DNS leak protection. LimeVPN is a VPN service company that provides private and encrypted connections that improve your Internet’s data privacy and security. LimeVPN provides VPN to personal individuals and business organizations. LimeVPN will never restrict your VPN service. Browse to any LimeVPN server whenever you want, without prohibitions or constraints.

The most simple solution to avoid being a target of DNS leaks is to use a VPN service that includes a built-in DNS leak fix.

Another method on how to prevent DNS leaks is to modify the DNS server address manually. It assures that the ISP is not intruding on your interactions. Open sources such as Google Public DNS and Open DNS also provide DNS server information.

This way of stopping a DNS leak is more helpful as it secures your connection and significantly increases the performance.

How to modify DNS Server on a WindowsOS? 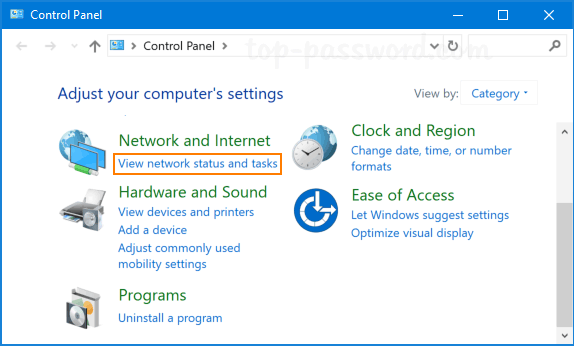 3. Locate the major connections and right-click to Choose Properties.

Entering the correct addresses after clicking – Use the following DNS server addresses option.

5. Select the OK option, and the connection will restart. It’s a good idea to save the old DNS server in case you need to reverse afterward.

How to Conduct a DNS Leak Test?

The challenge is, how can one identify a DNS leak and how to test for a DNS leak?

All communications between the web and the DNS server are unsecured by default which anyone can read. If your ISP or a hacker intercepts these communications, they may easily track all of your web activity.

When you’re at a DNS leak testing website and if you find your ISP’s IP address within the result, you have a DNS leak.

Visit https://www.dnsleaktest.com/. It is an easy solution to test. Click on the URL twice, first without the VPN and then with the VPN turned on.

If you use a VPN and are worried about a DNS leak, follow the below steps:

You will see various IP addresses, ISP names, and geographical locations. However, if you can detect your initial ISP’s IP address and other info, then the VPN possesses a DNS leak. 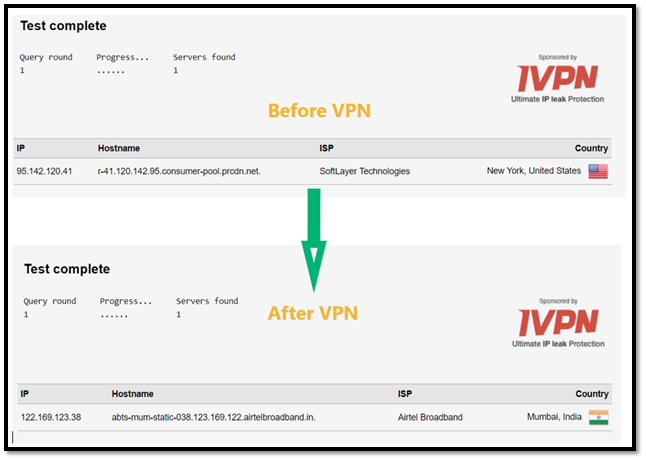 Look at the image displayed above of a DNS leak test – First part of the image is testing without using VPN, which reveals the original IP address.

Activate the VPN and select the geographic location as Mumbai.

After running the DNS test, all the information changed. It means that VPN is not experiencing a DNS leak.

Therefore, it becomes necessary to avail of such VPN services. LimeVPN is one of the most affordable and fastest VPN Service Providers. LimeVPN also provides users with a DNS server’s address.

The takeaway from this blog: