The Safest Countries Where Torrenting is Legal 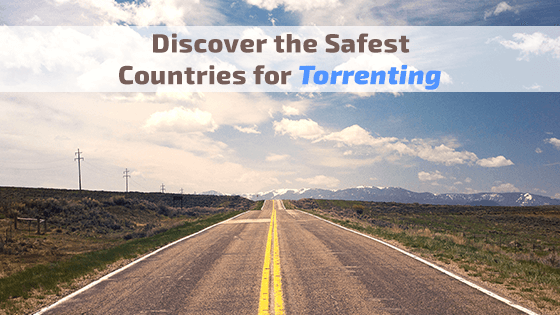 Here the ultimate truth that may have been in front of you all this time — torrenting is legal in many countries. Torrenting is just a file-sharing mean where you can share all that you like and as such cannot be deemed illegal. But things get more complicated when the word piracy comes in. We’ve curated a list of the safest countries for torrenting for your reference.

The sole term “piracy” has been in use for copyright infringements since the 18th century when a certain company labeled pirates all of those who broke their copyright laws. Nowadays, piracy is a widespread term and it is usually closely related to torrenting due to the nature of this platform.

What makes it challenging to label peer-to-peer file sharing as piracy is the fact that piracy is usually committed for financial gain. However, people who share something on the internet do not have a financial gain out of it. Therefore, modern piracy is just a frowned upon a sharing where no-one profits except that the copyright holder loses.

If you want to download torrents anonymously, torrenting VPN is the way how you can do p2p file sharing 100% privately

Long story short: with VPN you can choose the best VPN country for torrenting with your new anonymous VPN location to download torrents privately. With VPN switchable IP GEOs you can download torrents safely and anonymously in any country.

However, many countries have a different perspective on what copyright should be – some are more protective of the copyrighted material while others say that it is really okay to share. Let’s take a look at the safest countries for torrenting

Spain is one of the safest countries for torrenting that basically made torrenting legal by acknowledging that the intention of making money over breaking copyright laws counts. In other words, you will be able to share anything you want via torrent as long as you do not make any money out of it.

It is certainly true that some of the politicians and people objected this because this means that anything created and put on the internet will be available to anyone for free. Nevertheless, if you plan on moving to Spain, feel free to download anything via torrent as you will not be breaking any laws.

2. THE NETHERLANDS – ART vs. SOFTWARE

The Netherlands took a different approach and stated that anyone can download works of art for personal use and as long as they do not plan on making a profit out of it. However, if you plan on downloading other stuff such as software, you will be persecuted definitely. I am just curious about the way they treat games in the Netherlands – are they a work of art or a piece of software?

One more thing regarding torrenting in the Netherlands is that you are legally not allowed to upload anything on the internet and this is exactly the thing that makes the whole situation rather interesting. In other words, you can download works of art, but do not share them because that is illegal. Luckily, the Dutch can download torrents from users from other countries without the feeling of guilt.

3. MEXICO – NO ONE REALLY CARES

Mexico is a unique place because it is legal to do download anything via torrents because there are no laws to forbid it. They are, and they are very loosely formed, and no one respects them as no one cares about them. Some studies show that over 90% of internet users download music via torrents daily.

But this situation is kind of a double-edged sword because this also means that you can be persecuted for thinking that what you’ve been doing all this time was completely safe and legal. Luckily, I do not know of any documented cases of people being arrested for torrenting in Mexico, but it does not mean that there were not any.

4. SWITZERLAND – The Land of FREE Torrenting

Switzerland is, by far, the safest country for torrenting. Unlike Mexico, where laws about the Internet are loosely formed and do not really exist, in Switzerland they are strict and they are strictly in favor of the people who like to download torrents. In other words, the law in Switzerland states that it is okay to download anything as long as it is only for personal use. This means that as long as you do not intend on selling someone else’s work that you have downloaded, you are free to use it.

Switzerland also has several privacy laws that are in favor of the people who download via torrents, making it unavailable and illegal for the third party to spy on IP addresses of people who download. This means that no one really can be sued, except for certain extreme cases.

Click to get a Torrenting VPN — the safest way for torrenting.

Well, if we take Switzerland as the perfect example of one of the safest countries for torrenting, it can be said that you are 95% safe, but in all the other listed countries the percentage of safety is significantly lower. Some countries, such as Mexico can be unsafe when it comes to your privacy while others, such as the Netherlands are unsafe when it comes to you sharing something.

In order to achieve maximum safety, protect your privacy and remain anonymous while downloading torrents, we suggest using a VPN provider.

A VPN will certainly debar all the possibilities of someone intruding your Internet presence and suing you for illegal actions. With a VPN you can easily pick the best VPN location for torrenting and stay safe.

Read more: Why using VPN for torrenting is a must

To sum up, there is a big debate going on worldwide on the topic of legalization of downloading torrents. One side says that it is just an ordinary file sharing, and as long as no one makes a profit out of it, it should be legal. The other side says that it should be illegal because it is still a way to break copyright laws and that no one will buy anything anymore as long as it can be downloaded. Some countries, such as Switzerland have made a step forward and claimed that it should be legal, some countries still express no interest in that matter (such as Mexico), while some are still very conservative on the topic of torrenting (the USA being the first in this notorious list). One thing is sure – you can never be too careful, and using a VPN is the safest way and fastest way.

Do you agree with Rachel? Let us know what the best country for torrenting in the comments below is.

This article was updated on Feb 2019. All information is actual and up to date.