Who owns OpenVPN , its advantages & disadvantages,All about Open VPN 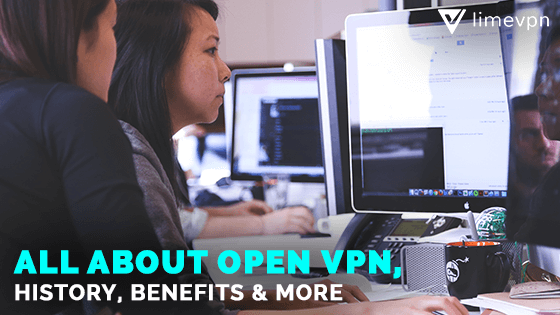 1 . The History of OpenVPN

OpenVPN is a piece of software that offers one of the most effective ways to use VPN. It creates secure site-to-site and point-to-point connections and its popularity is has been constantly on the rise since 2001 when it was created.

The History of OpenVPN

When OpenVPN was launched it completely revolutionized the way we see Virtual Private Networks. It was created by James Yonan who stated that he wanted to create a VPN that could be characterized by both usability and security since all of the Virtual Private Network solutions to that point were unable to connect the two. Furthermore, Yonan was very eager to explore new ways of achieving better security since he was in another country using internet providers from that country and was not feeling safe enough.

He was successful in creation of this new piece of software and he managed to make it work by using TUN/TAP devices as a good model for networking. This resulted in the creation of a so good virtual network that it seemed almost real.

The name OpenVPN was chosen by Yonan himself as he wanted to continue the tradition of other open-source projects such as OpenSSL.

There were two versions released since the initial release, version 2 adding multi-client support and push/pull options as well as improving software and drivers for Windows. Let’s now take a look at what are advantages and disadvantages of OpenVPN

There are three things that make OpenVPN stand out as a very useful and the most popular tool for VPN:

Let’s see now what the disadvantages of using this piece of software are.

How to install Open VPN in Windows, Mac & Linux

Firewall is basically the first thing that is suggested by many professionals to be installed when OS is installed. It is basically a router that lets through only the data from the internet that it selects. Basically, firewall filters all the potentially dangerous data and further inspects the data that is let through. So which one is better – OpenVPN or Firewall?

Why not both? Some VPN providers claim that OpenVPN has a security that can imitate firewall but it isn’t exactly that simple and it is strongly recommended to have both installed. There are ways to make both firewall and OpenVPN work perfectly with each other and not affect your connection or security levels.

IPsec is considered a sort of a default standard in the world of VPN. However, there are proofs which point out that OpenVPN is far more superior to IPsec. For example, IPsec’s disadvantage is seen in its complexity. It uses very complex technology and it is very difficult to configure it. On the other hand, OpenVPN has clear instructions when it comes to configuration and the technology behind it is rather simple and structured in that way to be understandable to everyone.

The two solutions for VPN can also be used parallelly if you are using Linux and this is one thing that they have in common. Furthermore, there is a possibility to tunnel IPsec over OpenVPN.

OpenVPN is a great tool and it really was responsible for the significant advance that was made in the science of VPN. The most important thing that James Yonan did was choose TUN/TAP drivers for network and SSL/TSL libraries. There are two versions of OpenVPN and it was originally published in 2001 when it invoked the revolution. Of course there are a few weak spots and it is not a perfect piece of software. The currently active version of OpenVPN is 2.0.9 and it is constantly getting better. With this kind of success and user satisfaction, we can soon expect that the third version will come out.

Check our How to use Section for OpenVPN configuration instructions