How to Use VPN for Torrenting in Australia 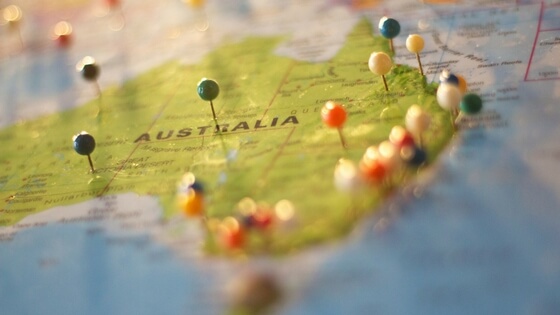 Most of you must have heard of the recent news surrounding the Federal court’s order to have five of the most popular torrent websites blocked. These include the Pirate Bay, Torrentz, TorrentHound, IsoHunt and SolarMovie.

The Federal Court expects ISPs such as Telstra and Optus to use any of the accepted methods to block such sites. These include using URL blocking, IP address blocking and DNS blocking.

However, one interesting thing to be noted is that companies like Foxtel and Village Roadshow have to pay $50 if they want the ISPs to block a certain domain. This is in addition to all other legal costs.

What is even more interesting is that despite being aware of the fact that VPNs can be used to access torrenting sites, Roadshow’s chief executive, Graham Burke, dismisses the claim by commenting that VPN is unlikely to be used in Australia.

This makes us wonder as to whether this really is the case. Regardless, there are still some ways in which one can use a VPN to torrent in Australia. Here you will find some useful information regarding the laws surrounding the use of VPN in Australia and how you can safely use it for your benefit.

Read more: Why using VPN to download torrents anonymously is a must

Why use a VPN for Torrenting in Australia?

The anti-piracy laws of Australia are being subjected to intense debate. Surely, it is not an easy road toward determining as to which websites are to be blocked according to the new Copyright Infringement Bill.

A lot of speculation has been going on as such, regarding the nature of the websites that might come under the radar of ISPs and consequently that of the Federal court. For those who may not know what is going in this highly dynamic field of law, here is something that you may be interested in.

To start with, torrenting and streaming of copyright content without the permission of the rights holder is an ongoing issue, not just in Australia, but in many other countries. Consequently, stricter laws and regulations have been introduced to stop such infringements.

However, even after having so many laws, there is still a great deal of grey area that needs to be addressed in order to develop a completely agreeable set of rules. This is because, according to the new laws passed in Australia, an area of major concern still remains.

The area involves uncertainty in terms of determining as to which type of website will get the hit. In order to understand this better, one may refer to the exact wording of the Copyright Infringement Bill.

According to the bill, the ISPs are to take action in the form of ‘reasonable steps’ to block websites that ‘infringe, or facilitate an infringement of, copyright’ and whose ‘primary purpose’ is to do so.

This implies that websites whose primary purpose of operation is to either infringe or facilitate the infringement of copyright content are to be blocked by the ISP.

Essentially, this will work with the rights holder filing a lawsuit against a website that is believed to be providing unauthorized access to copyright content. Once filed, the Federal court will scrutinize the issue under the light of the new law.

If the court concludes that the website’s “primary purpose” is to “infringe” or “facilitate the infringement” of copyright content, it will issue an injunction order telling the ISPs such as Telstra to block the website.

Users who may then try to access such a website, will simply see a dead-end landing page displayed on the screen and will not be allowed to proceed any further.

However, there seems to be much opposition from the Australian Greens and a bunch of senators against the new law. One of the reasons is the broad wording of the law.

This is because the incorporation of the clause that states “infringe, or facilitate the infringement”, raises room for all sorts of interpretation. This leads to the issue whether services that offer VPN could also be hit.

Various users in Australia use VPN for privacy reasons by hiding their IP address. Determining whether such VPN websites’ primary purpose is to facilitate the infringement of copyright content is open to debate.

As such, the Australian Digital Alliance commented that the “primary purpose” test lacks clarity.

To sum up, in light of all the discussion, Australians can currently circumvent the laws by using VPN as the law does not cover the issue explicitly.

How to torrent securely?

VPNs can be used to torrent anonymously in Australia. It may as well be used to unblock torrent sites such as Pirate Bay. A number of services offer secure VPNs that can be used accordingly.

If you choose to use a VPN provider, then you might as well need to consider some factors that will allow you to use the respective VPN safely.

Firstly, a VPN is a virtual private network, that allow you to hide your actual IP address and let you access content from overseas. It does this by re-routing your connection through a different location and not through your usual ISP.

So how to torrent with VPN? Well, you would initially need to sign up on a VPN provider’s website. You will need to pay a certain amount so that you can download the VPN software on your PC.

You may then launch it and put in your log in details. Once your computer and the server you are trying to connect to verify each other’s identities, your connection will be secured and your real IP hidden allowing you to torrent without being spotted.

However, one should make sure that the VPN provider you choose to buy from, is open and transparent about its terms and conditions. These may be concerning their privacy and security policies and other similar aspects.